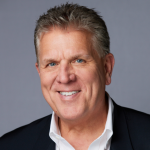 I am on a mission to squash the mediocrity and fear that runs rampant in small businesses. A writer, consultant, and speaker, I bring real-life lessons to leaders and sales teams who are tired of hearing “can’t” and are ready to stop letting others dictate the boundaries of their success.  When I sit down with a business owner or deliver marketing and leadership seminars/keynotes, we won’t be talking theory. I have lived the perils & successes of a small business – nearly going bankrupt 5 times, building multimillion-dollar equity positions, and winning 30+ awards for creative marketing campaigns.  As a consultant for many organizations, I provide motivation, marketing and sales strategies to elevate brand perception for more than 700+ affiliate businesses and hundreds of sales and marketing professionals.  If you are a business owner in any industry looking to exponentially grow your business, Cliff can help.  As an international speaker, my real-world approach and infectious passion for challenging the status quo, gets small businesses and franchise organizations back on the road to achieving their potential.   If you are interested in bringing me to speak, email cliff@QuicksellSpeaks.com or call 301-717-0615 http://www.quicksellspeaks.com #quicksellspeaks

Cliff Quicksell, MAS+
Cliff Quicksell, MAS+, for nearly forty years, Cliff has been speaking, training, and consulting internationally to associations and national business groups on more effective ways to market themselves and their products and services as well as how to motivate their personnel.  In addition to his many industry clients, he has also serves/served as a consultant/trainer for: PPAI-Promotional Products Association International, ASI-Advertising Specialty Institute,  iPROMOTEu©, Dixon Ticonderoga, Fruit of the Loom, Inc., The Walter Cribbin’s Company, Miller Freeman, Inc., Brown & Bigelow©, AIA-Adventures in Advertising©, Geiger©, ProForma©,  National Business Media, Snugz© USA, Imageworks and QuickInk, Inc!, Dowlis Group, LTD United Kingdom, Trade Only Trade Fair UK, PromoGroup NZ, High Impact Promotional Group in NZ and Purple Elephant Promotions AU and many more.
Cliff has been the proud recipient of numerous awards.  Recognized by PPAI for creativity, he has won the prestigious PPAI Pyramid award 30 times for innovative creative marketing.  And his marketing campaigns have been awarded the top honors for creativity in the print and packaging industry, receiving five over the past few years from PPPC. He also the recipient of PPAI’s Ambassador Speaker of the Year Award six consecutive years.  And in 1997 he was the inaugural recipient of PPAI’s Distinguished Service Award.  In addition, in 2001, Cliff was named one of top six industry speakers and trainers. Cliff was featured as having a significant influence in education as published in the book, PPAI at 100. He has also been recognized by Counselor Magazine as one of the Top 50 Most Influential People in the Promotional Products Industry.
In 2022, Cliff received the top honor being inducted into PPA International’s Hall of Fame.
With over 1,300+ published articles, Cliff is a contributing writer to various trade magazines such as Impressions©, PPB - Promotional Products Business©, Counselor©, AdVantages©, Imprint©, Imprint Canada©, A&E Magazine©, Marketing Tools©, Identity Marketing, Brilliant Results, Promowear© and Printwear© Magazines.  He is the author of three books; “Going for the Gold” , “Weekly Motivational Insights” and most recent, “30 Seconds to Greatness”.  Cliff’s BLOG 30 Seconds to Greatness, won the 2016 Social Media Award from 8-Legged Media for Most Passed Around Social Content gleaning a regular audience of over 70,000 per week; the blog now exceeds over 80,000 shares weekly. Additionally, he has and in many cases is a speaker/consultant at the I.C.E. Embroidery Expo’s, the Printwear and A&E shows, the Canadian Imprint Sportswear shows and all PPAI, ASI & PSI shows throughout the U.S., Canada, Europe, Australia and New Zealand.
Currently, Cliff is President & CEO, Cliff Quicksell & Associates
Cliff Quicksell’s Contact Information
301-717-0615   cliff@quicksellspeaks.com   www.cliffquicksell.com
Professional & Personal Accomplishments continued
He can also be found on
·        LinkedIn
·        Facebook
·        Twitter
·        Pinterest
·        YouTube

Some of Our Members